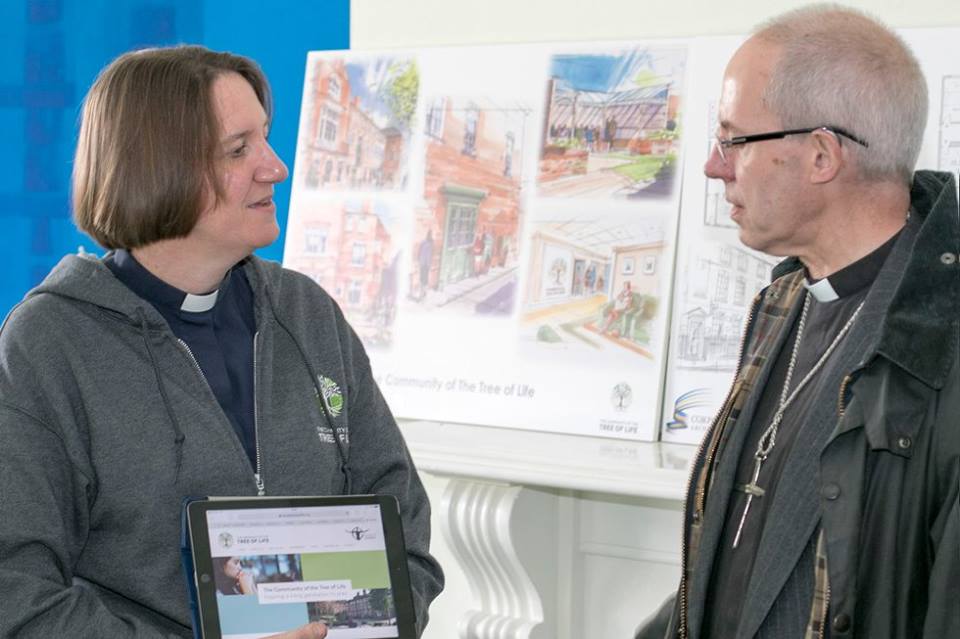 We were delighted to welcome Archbishop Justin as the first guest to the Community of the Tree of Life on Tuesday 14th November, the first day of his  three day visit to Leicester.

The Archbishop was shown the architect’s plans for the restoration and development of the Community House and expressed his excitement about the project.

Standing in the room which will become the Community Chapel he prayed for God’s blessing on us and the young adults who will join us in the future.

Archbishop Justin was shown the newly created website with it’s tagline Rooted – Flourishing – Fruitful. He remarked that ‘flourishing’ is one of his favourite words.

The renewal of prayer and the religious life is one of the Archbishop’s top three priorities. He has founded the Community of St Anselm which lives at Lambeth Palace.

Asked later in the day about what had excited him during his visit Archbishop Justin responded, ‘The Community of the Tree of Life oh wow! This presses every button because that’s what I have been praying for to happen in the Church, so I just praise God for that.’